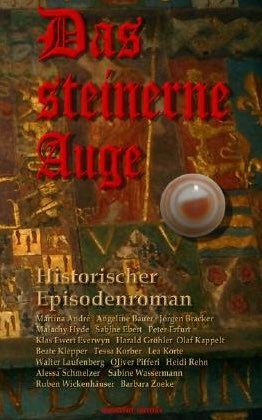 One contributing author of The Stone Eye.

For many months I have searched a chance to finally work with Scrivener — many attempts have been made in the past before, never reaching the aim of writing a novel, a short story and stuff like that. Then, when I needed to cooperate with German writer Martina André regarding the short story ‘Du bist ein offenes Buch’ (‘You are an open book’) for the episode novel ‘Das Steinerne Auge’ (‘The Stone Eye’) we decided to work in two ways — creating the drafts with Microsoft Word first, exchanging our ideas and later importing them into Scrivener which finally lead to something I want to call structure. Structure was missing before and while we have sent fourteen versions of the final short story to each other we realized that we had to organize us in another way — and this was the point where Scrivener (which I bought earlier at Version 1) came into gameplay. Finally, I had the chance to really pursue my writing with Scrivener, creating the first real project with it and — last but not least — got my first short story published in a whole novel with other well-known German authors. So Scrivener was the missing puzzle piece which I found… at last — fortunately!