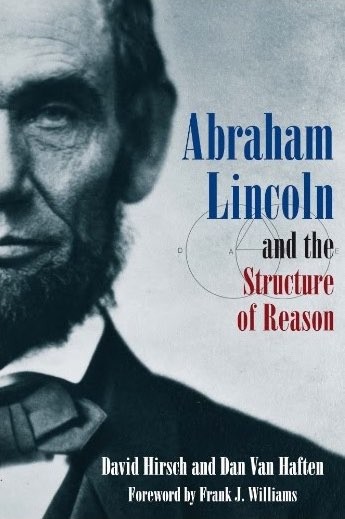 Authors of Abraham Lincoln and the Structure of Reason.

David Hirsch and Dan Van Haften used Scrivener to write Abraham Lincoln and the Structure of Reason. The authors reveal for the first time the structure Abraham Lincoln used to compose his most famous speeches and writings. Like Lincoln's writings, Scrivener itself is based on structure. Nothing makes writing easier than a sound structural framework. Writing the book was a pleasure. Doing it within Scrivener made it easy. First the authors discovered the Euclidean source of Lincoln’s oratorical greatness. Then they discovered how Lincoln at times "misused" his powerful logical tools. Also revealed is a profound Lincoln connection to Thomas Jefferson and the Declaration of Independence, a connection stronger than ever before realized. More discoveries relating to Isaac Newton and Aristotle, and to the legal system itself. As one discovery led to another, Scrivener easily adapted and responded to the needs of the authors. It is hard to imagine doing this project without Scrivener. The only thing that would have made the project even more pleasurable would be the newly released Scrivener 2.0.