I thought this was a good time that my Jason Dark: Ghost Hunter dime novel series is now up to volume 8. The Blood Witch has been released last week in print as well as in eBook form and I thought some of you might be interested in hearing about it. Just as a sidenote, I have been writing all volumes in the series using Scrivener.

For those who have never heard of it, "Jason Dark: Ghost Hunter" is a gothic horror series, or maybe I should say a supernatural mystery series. Kind of like Sherlock Holmes on steroids! 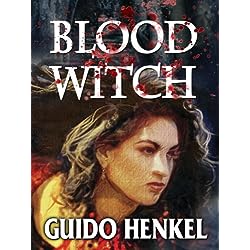 Details about the series can be found on the official website - http://jasondarkseries.com/
Or you can join us in the Jason Dark Facebook Page - http://www.facebook.com/pages/Jason-Dar ... 1383253041
Gothic horror has a new hero! Follow Jason Dark in his exploits as he faces the horrors, the demons, the vampires, and every other diabolical monster imaginable on behalf of a more civilized world.